WQNA was a non-commercial student/community volunteer-run station featuring an eclectic mix of music and programs. WQNA was operated by the Capital Area Career Center in Springfield, Illinois. CACC sold the station to Covenant Network Catholic Radio on November 19, 2019.

WQNA went silent that day. The Springfield Community Broadcasters are working hard to bring a replacement back to our city’s FM radio as soon as possible. We’re currently raising funds at support.wqnaradio.org

In the meantime, you can listen to us online! 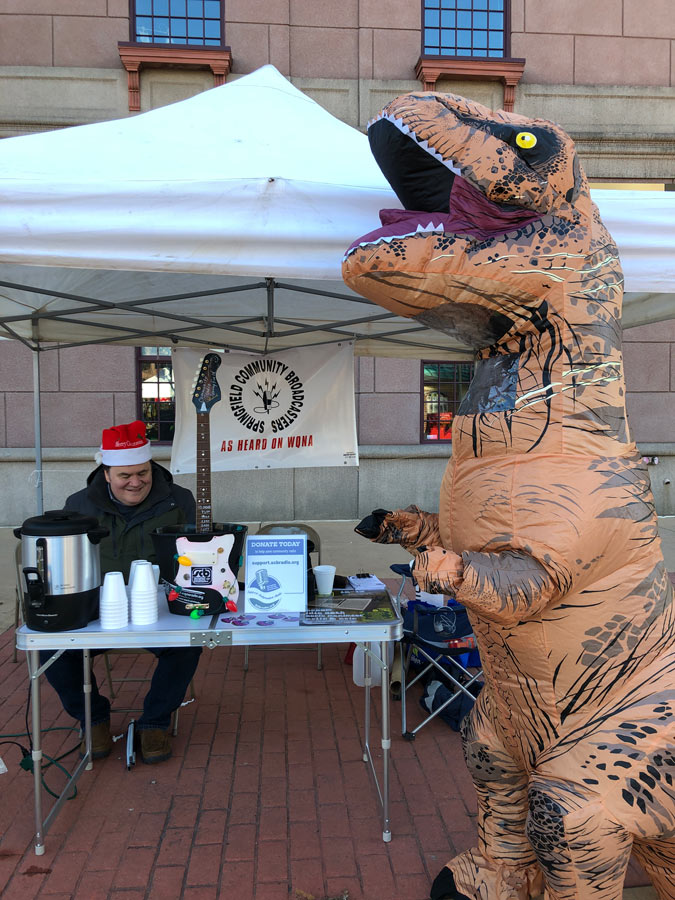 We had a successful first Holiday Market in downtown Springfield on December 7. There were opportunities to talk with members of the community, letting them know about our station and efforts to return to the FM band. A bluetooth speaker added merry holiday music from the SCB Radio internet stream. Folks appreciated the free hot apple cider and photo ops with an incongruous T-Rex. In all, we received $51.25 in donations.

Our second appearance at Downtown Springfield Inc.’s Holiday Market was 12/14 from 1-4pm. It was a much colder day, but we enjoyed serving hot cider and were rewarded with $35 in donations. Thank you to everyone who came and visited! 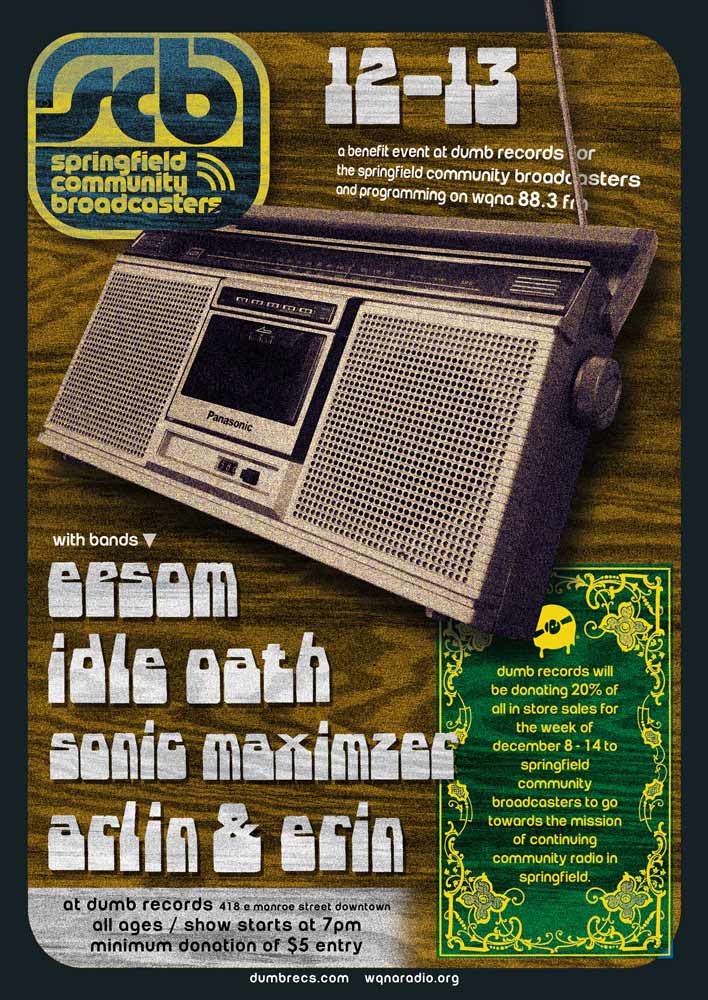 Dumb Records hosted a benefit for the Springfield Community Broadcasters on 12/13/19. We raised $288 at this all ages show!

Many thanks to the bands who volunteered their time and talent, Dumb Records for everything, and the audience for making the event a success!